AN ALBUQUERQUE WEB DESIGN STUDIO SINCE 2004

Get Real! How One App is Changing the Way We Use Social Media

It’s time for social media to Be Real. After years of face-altering Instagram filters, users are turning to the BeReal app to take back a sense of reality.

There are no filters, no thought-out captions, and no hours spent curating the perfect flat lay. Once it’s time to “be real” you simply snap and go.

The concept of the app is simple: you connect with friends and family on the app, and each day at a random point, the notification will chime. “Time to BeReal: 2 min left to capture a BeReal and see what your friends are up to!” Then comes the mad dash of unlocking your phone, loading up the app, and capturing, well, whatever it is you’re doing.

For many of us, these moments really will be real. A photo of Slack messages or messy desktops as we sit in our offices, our coffee from the shop around the corner, or the train platform as we commute to and from our 9-5s.

Sometimes though, we’re lucky enough to be doing something exciting when that notification slides across the screen, and you’ll catch glimpses of concerts, theme park trips, and date nights. It’s the combination of mundane and fun throughout the week that makes us human, after all.

The Fanbase Is Massive

BeReal was founded in January 2020 by French developers Alexis Barreyat and Kévin Perreau, right before the pandemic hit. However, the app didn’t start to gain traction until the end of 2021, and by July 2022, it was ranked No.1 in the App Store. On October 11, BeReal surpassed 53 million downloads across iOS and Android platforms – a drastic increase from the 20 million installs reported in July.

The secret of their explosive growth is how they’ve gone about promoting the app. In its mission to create an app free of typical influencer culture, the company can’t exactly promote itself via Instagram ads.

What they’ve done instead is curate a rather enticing ambassadorship program. The program, aimed at college students around the globe, provides ambassadors with everything they need to promote the BeReal app and get paid for doing so.

According to the application, “BeReal college ambassadors host parties, manage a marketing budget, identify key moments on campus for us to get involved, represent BeReal’s mission and execute creative activations.”

Essentially, it’s BeReal’s version of influencers – without the filters and curated feed.

Brands are always looking for the next hidden gem in their marketing strategies, and it’s hard to ignore the bright, shining light that is BeReal.

However, scoring a collaboration with the app will prove to be more challenging than brands anticipate. Users flock to BeReal because they’re looking to escape the overly-curated, ad-heavy feeds of Instagram, TikTok, and more.

Direct collaboration with BeReal is incredibly unlikely if the app wishes to stay true to its target audience. That doesn’t mean, however, that brands haven’t gotten creative with the new platform. E.l.f Cosmetics and Chipotle are two brands that have found the loophole to connecting with their consumers, with each brand creating its own BeReal account to post behind-the-scenes content from various internal teams.

Both brands, however, quickly hit a brick wall in their plans. BeReal really wants users to connect with their friends, not just build a massive following, so there are limits to the number of connections you can make in-app.

Chipotle and E.l.f both hit their “friend” limit early on, and are unable to accept any more requests from fans. With this in mind, many brands are choosing to forego the app altogether in their 2023 marketing strategies.

Imitation Is a Form of Flattery

Where there is innovation, there will always be imitation. Since BeReal began to take over the world, Instagram, TikTok, and Snapchat have all come forward with their own take on the app’s popular front-and-back posting style.

Trust us when we say that this has not gone unnoticed by users, particularly in regards to Instagram’s roll-out of ‘Dual.’’ Users have taken to Twitter since news of the platform’s new features were leaked, with many criticizing the social media powerhouse’s lack of innovation.

“Why should Instagram just get to mimic every other platform’s features while the rest of us try to keep up with every single update?” Twitter user Jes Cervantes posted. The irony of it all is that Instagram and other social media companies are trying to copy a platform that is inherently anti-Instagram.

When asked about the new feature, a Meta spokesperson noted that the feature was only being tested internally, with no word on if the feature would ever actually be released.

It would be a bold move on Meta’s part if they decided to proceed in rolling out the feature in a future update – but it might be one that costs them users in the long run.

BeReal may not be the app that saves us all from traditional social media, but it’s a step in the right direction. However, with the company’s anti-ad stance and only 9% of Android users actually using the app each day, BeReal could face some issues in the future when it comes to monetizing and sustaining the app.

Regardless, BeReal has sparked change around the globe regarding how we view and interact with social media, and at the same time, it’s shown that small companies still have a fighting chance against the big guys – Meta, Twitter, and TikTok.

This is promising for up-and-coming apps like Daylyy, another anti-Instagram form of social media that’s seen significant growth in its user base since its official launch.

Whether or not BeReal will continue to thrive against influencer culture is up for debate, but users hope others will join the app’s growing following and ditch filters for good. 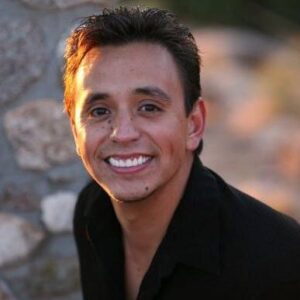 After graduating with a degree in web design, Tony started Juxtapoze Media with the intention of being the best. Tony has been on the cutting edge of SEO and internet marketing for over 20 years. In an industry where blurred lines and sketchy tactics leads to a lot of distrust, his honesty and integrity is refreshing. By keeping up with Google’s constant changes to their algorithms he has continued to make SEO work for his clients.

Accessibility and Why It Is Vital in Your Website Design

Accessibility in web design is becoming an increasingly important topic and affects every organisation with a digital presence. But what is it? Why is it …

Is Your Analytics Ready for Upcoming Browser Changes?

If there’s a word to describe the client reporting process, it’s time-consuming. Picture it. You login to Facebook with a client’s account, take a few …

The Correct Way to Onboard New Clients

You invested in countless coffee meetups and introduction calls to referrals and finally landed your first client. You’ve negotiated your contract, and it’s signed. Now … 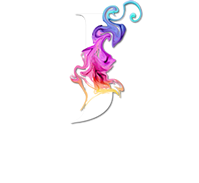 Tap To Call Us Now! 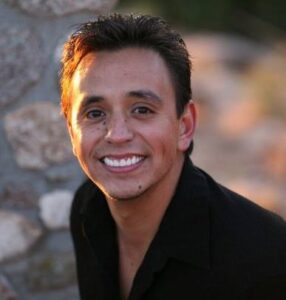